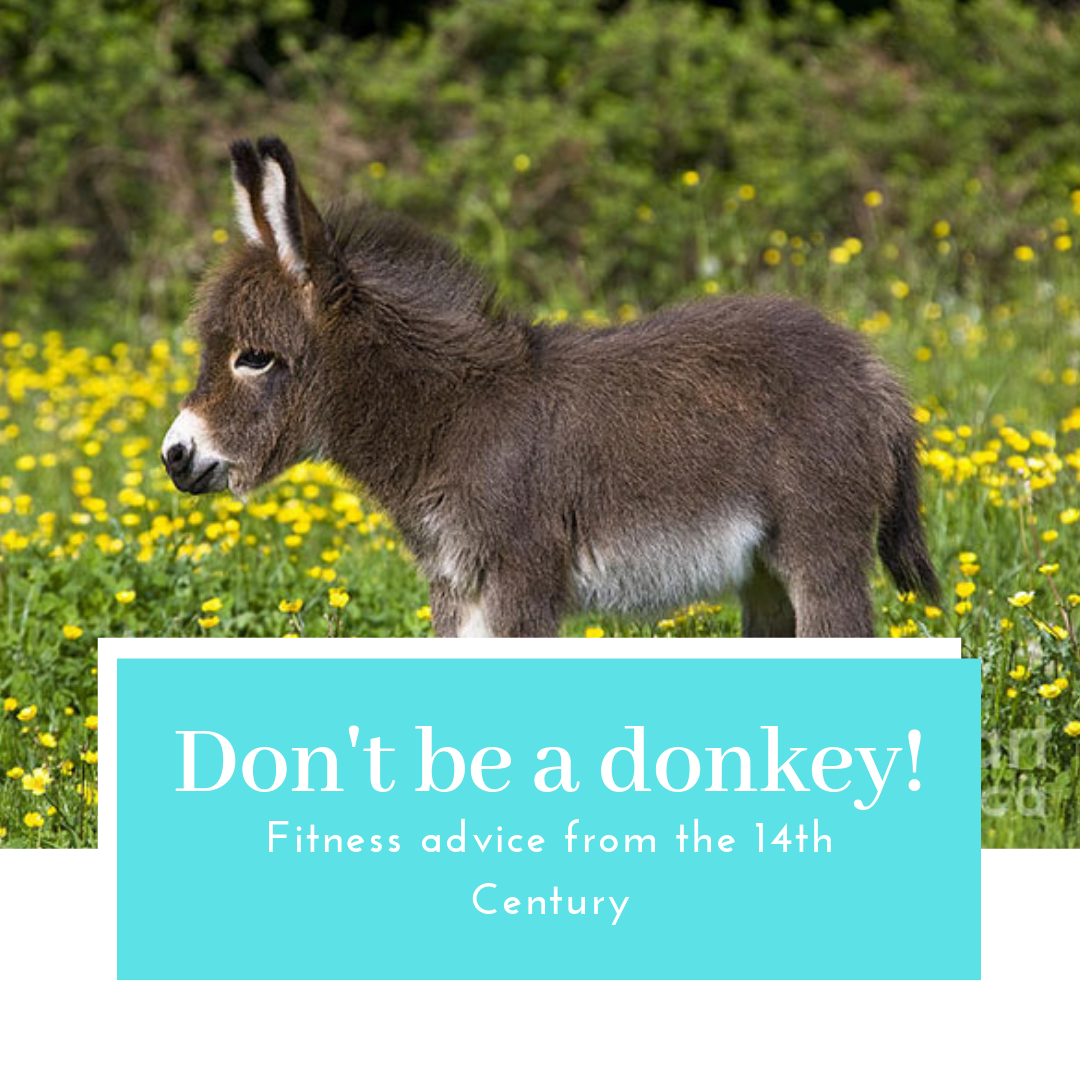 Don’t be a donkey. Move your ASS!

This one is going to go way back. 14th century sort of way back, when French Philosopher Jean Buridan described the paradox of free will using a donkey.

This poor donkey (or Buridan’s Ass as it later became known) was stuck in a dilemma of choice one day. Equally hungry and thirsty, and precariously placed equal distance from a pile of hay and a pale of water, what is a donkey to do. Chewing over this program for minutes then hours the donkey made no headway on his problem. More hungry and more thirsty and only able to think short term, the day wore on and eventually our poor confused friend dies of both starvation AND thirst.

Don’t be a donkey.

In our hyper-luxe world of fast food, bottled water on demand and almost any of life’s creature comforts available at the click of a button – I highly doubt you are going to die of thirst or hunger this week. And, lets be honest, what a simple problem Buridan’s Ass had to solve. Drink some water THEN eat your fill of hay. Happy donkey.

What our donkey couldn’t do was think of the future. He couldn’t see past – first this, then that.

You are probably doing the same with your fitness.

If you are the type to shop for gym prices, tryout four separate programs at a time or maybe balance yoga, jiujitsu and ballet on the one day. You’re a donkey.

By not making a choice, you are likely shoving yourself into one of two main categories.

This article is being written by the biggest donkey of them all!

I would like to: Squat 150kg, work on my backflips, run a 5k in under 23mins, build a fitness business, build a meal plan business, write a children’s book, skateboard more, get more lean, drink more beer, change the world, holiday in France….. dead donkey.

The reason I’m writing this is because we all do it. It’s easy to set our sights on so many objectives that it is literally impossible to make headway on even one of them.

The upside, you can’t fail. No one is going to criticise you (especially yourself) if you are working on 1000 things and nothing gets done. Your too busy, your schedule is packed… but what impact are you making?

In fitness its no difference.

You need to choose. Hay or Water.

The hay pile is still going to be there after you have that long, cool drink.

Sign up for a 30 day Pilates trial today and give it all you’ve got.

You still have 11months left this year if that doesn’t work out.