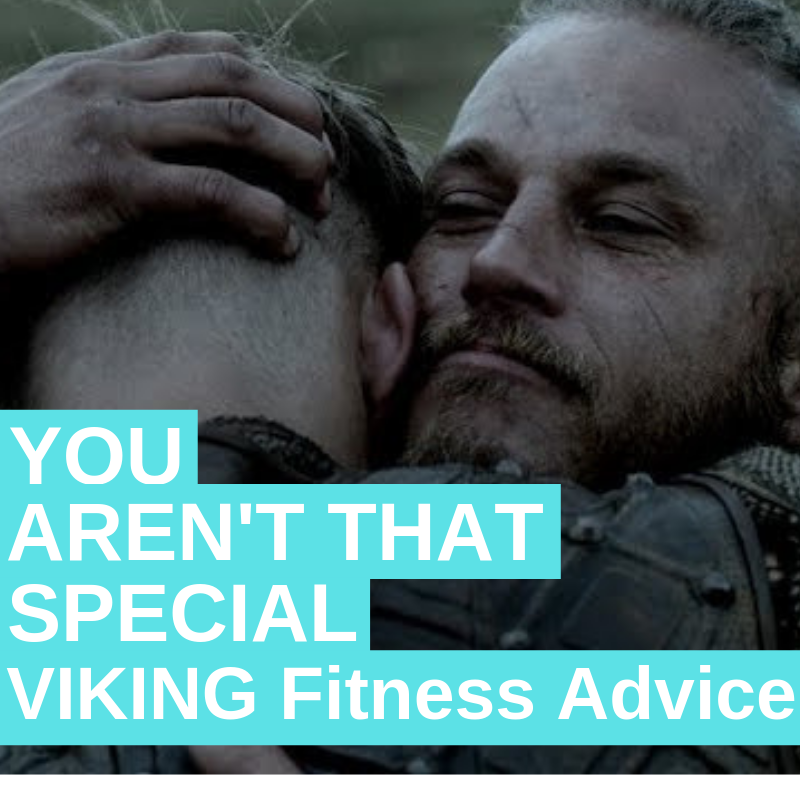 Our social media soaked 2019 will make you think that you deserve perfect.

‘Perfect’ is shimmering mirage, a fantasy.

You could be sitting on a white sand beach in Thailand right now, waiting on your third double pina colada delivery and still not think life is perfect.

I mean really, that cocktail could have been 2*C colder and your waitress could have at least mustered the energy for a wink right?

What makes you think you are so special?

Leave now or prepare to be offended.

Seriously  – that was your one and only warning.

To be honest, I am drawing inspiration from the Viking kind and commander Ragnar Lothbrok.

Played by the enormously talented Travis Fimmel in the hit series Vikings, Ragnar sits down with his son and lays down some serious dad advice. #realtalk in its realest.

Ragnar’s son Bjorn is complaining to his old man about the unfairness of life, of how HE wants to be happy more than anything else.

With lightening speed and accuracy Ragnar responds; “more people are unhappy than happy, what makes you think you’re so special?

*pause for dramatic effect* and you have a world shattering, perception obliterating scene.

You’re not special, get used to it.

So what if you’re exercise plan is hard.

Don’t other people suffer more than you?

Aren’t you toiling towards a fruitful future?

Shut up, arm yourself and fight.

Not until you put in the work.